In March, Halifax Habitat for Humanity proudly celebrates 30 years of service in our area. Since opening our doors, our community has helped 137 families, built 122 new homes, and 15 renovations and counting.

Halifax Habitat for Humanity has been successful over the past 30 years because of the outpouring of love we receive from the community – from volunteers to civic organizations to corporate partners.  These homes truly are the houses that love built.

Which brings us to the Habitat for Humanity story.

The House That Love Built

Millard Dean Fuller and Linda Caldwell, both from Alabama, married in 1959. In addition to being a lawyer, Fuller was successful in business as an entrepreneur and became a millionaire before age 30.

In 1968 the couple gave up their money to live Christian lives of service. The Fullers moved to a small, interracial, religious farming community in Georgia known as the Koinonia Farm. The farm was started by Clarence Jordan.

Eventually, the Fullers moved to Zaire, Africa as Christian missionaries. When they returned to the farm from Zaire, they started a Christian ministry called Partnership Housing that would help low income families in the community build and live in clean and simple housing. They required the families to assist in the labor and to only pay back the cost of building materials with no interest. The money paid back would go toward purchasing the materials for the next house. The donated funds and the repayment money became known as the Fund for Humanity. Partnership for Housing was later expanded, and in 1976 it became Habitat For Humanity International.

The Fullers revolutionized philanthropy, they challenged people to do more than send money, but to also get involved.

By 1981, Habitat for Humanity was up and running in 14 states and seven foreign countries. By 1984, Pres. Jimmy Carter and his wife Rosalynn offered their support and financial resources. This led to the Jimmy Carter Work Project, a yearly 7-day project of building homes worldwide through Habitat for Humanity. This event drew in thousands of volunteers yearly.

Somewhat separated from Habitat, Fuller continued his effort of affordable housing when he created The Fuller Center for Housing in 2005. Through this, the Fullers continued advocating for their mission through speaking, raising awareness, recruiting volunteers, and fundraising. Millard has been quoted as saying, “The housing ministry is what we believe God has called us to do.” 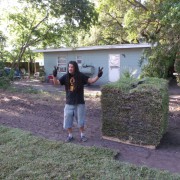 What is it like to volunteer for Halifax Habitat for Humanity? 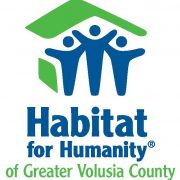 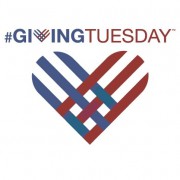 Easy Ideas for a Springtime Back Porch Makeover
Scroll to top